From the UK French embassy webpage:

The Seed Meetings programme of the French Embassy in the United Kingdom aims to facilitate international cooperation between researchers in the UK and France.

The seed meeting “Culture, Religion, and Social Model: Paris and London in comparison” brought together senior professors and early career researchers in the social sciences and humanities from both sides of the Channel at the French Embassy in London to interrogate the premises and methodologies with which we might work as a network to conduct comparative work on religious minorities (particularly Muslims and Jews) in and across the two cities. 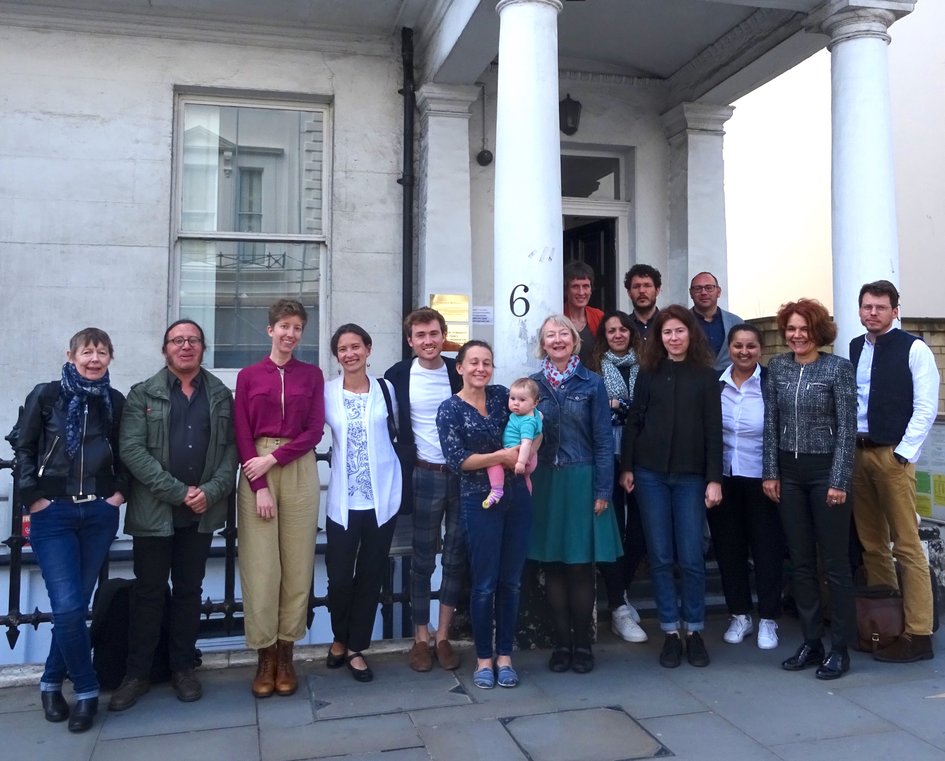 Discussions included considering the texturing of urban space in relation to community-formation, architecturally, culturally, demographically, historically, and socially; the ways in which the image of the city, the neighbourhood and urban space gets curated, notably in museums and in the media, and the importance of civil society and associational politics in shaping these representations at the local and national level.

The group reflected freely about such “methodologies of encounter,” shining a light on the importance of walking, mapping, surveying and measuring by blending methodologies of ethnography, quantitative sociology, spatial syntax, archival research and social network analysis. They discussed the use of new technologies and digital art to elicit responses and track community and neighbourhood data and finally argued at length about scale of research, from the house, to the school, to the hospital, to the shop to the street, and about definitions of what, after all, is it to live in a community, religious, urban, national, or otherwise.

Through a successful meeting of scholars from a range of disciplines, the focused discussions uncovered several ways forward to sustain and develop the network in a seminar series in France and the UK, a workshop that would reunite those present in Sciences Po in spring 2020, a scheme of writing in pairs France-UK for a journal, and the collective planning of micro pilot studies which would drive forwards a significant comparative research project.